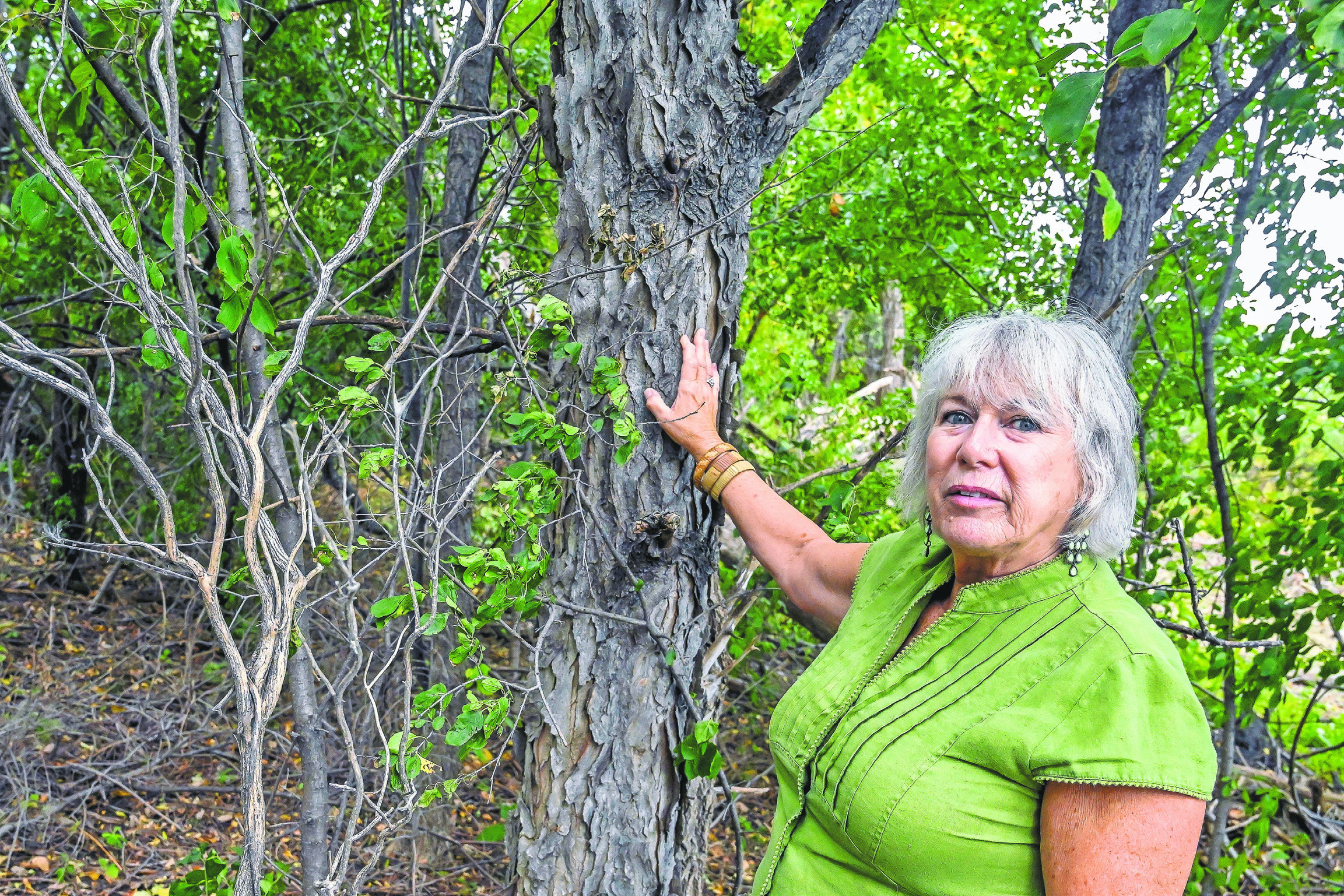 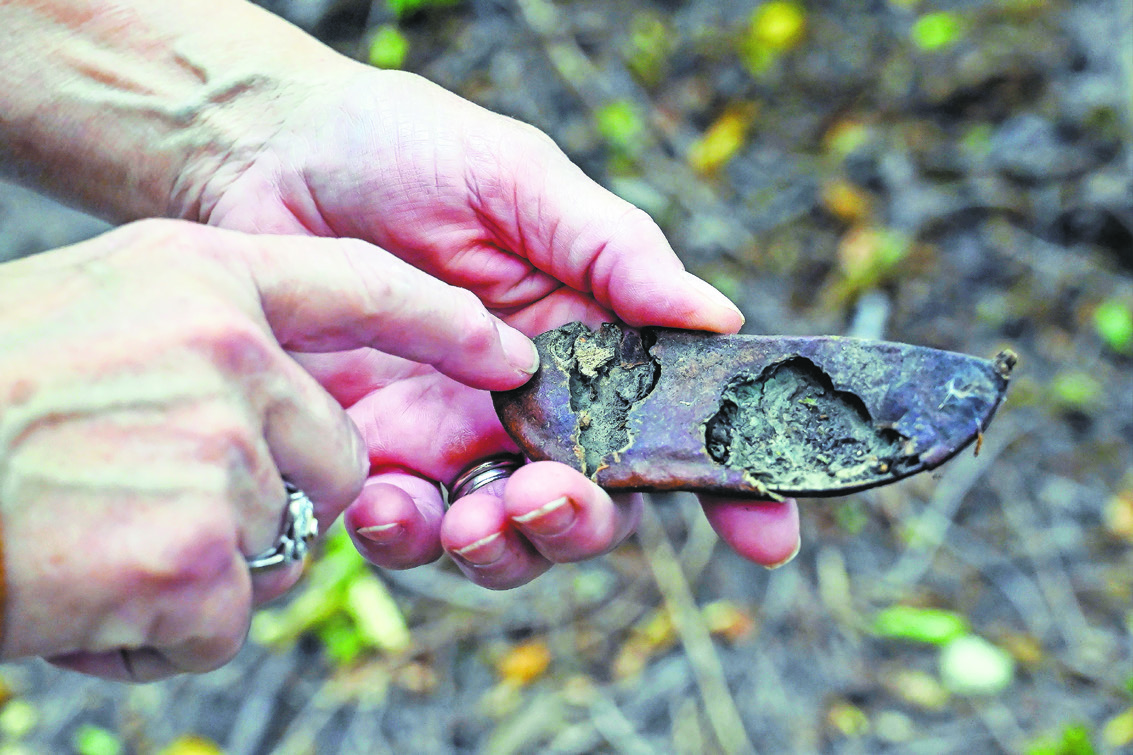 
There is a lot of history at the Mitchell Prehistoric Indian Village.

And according to Cindy Gregg, executive director of the historical and archeological site, more history may have just popped up right in its backyard.

“It’s something that’s been under our noses for 1,000 years,” Gregg told the Mitchell Republic.

Officials at the site recently discovered a stand of rare Kentucky coffee trees on the site grounds. The species is considered rare in the wild and is a member of the pea family. It has a native range in the United States from Kentucky north to Michigan, west to Kansas, east to Pennsylvania and south to northern Louisiana, according to a press release from the Prehistoric Indian Village.

The tree got its name because its large seeds were sometimes roasted and used as a substitute for coffee beans by early European settlers in the United States.

Components of the trees were used by Native Americans for medicinal purposes and the large seeds were used for gaming and ceremonies.

The recent discovery was made in August when members of a paper-making class held at the Thomsen Center Archeodome went for a walk around the grounds looking at various plants that can be used in the making of paper.

While walking through a grove of trees in a draw adjacent to Lake Mitchell, the group sighted a stand of coffeetrees.

Jeff Hansen, an amateur botanist who teaches the class, said the trees stood out among the other vegetation.

“Part of the class I teach includes going for a walk to look at plants,” Hansen said.

“We’re walking through the woods and low and behold there’s a coffeetree, which I thought was pretty exciting because it clearly wasn’t planted as part of the landscape.”

If the trees are native to the location, it likely means that the seeds that produced them originally came from the Native Americans who occupied the site over 1,000 years ago.

Adrien Hannus, professor of anthropology and director of the Archeology Laboratory at Augustana University, said the trees could point to further confirmation about those old routes.

“The discovery of the trees at the Village further confirms the extensive and complex set of trade networks that existed with the prehistoric urban center of Cahokia near present-day St. Louis,”

Hannus said in a statement.

Gregg said the discovery has led to excitement among staff at the Prehistoric Indian Village.

“We knew that there was something back there because we were finding the pods, but none of us knew what they were,” Gregg said.

“It’s a heavily wooded area and we had no reason to go into this wooded area until the bike trail was extended through.”

The pods themselves generally contain six rock-hard seeds, which were cherished by ancient Native Americans. The seeds were also eaten by ancient mastodons and woolly mammoths, which helped spread the seeds. Gregg said only about 3% of coffeetree seeds successfully sprout.

Gregg said there are several coffeetrees in the newly-discovered stand, with one of the older ones dating back about 70 years.

“We believe the oldest tree, according to the ring count when it was cored, germinated sometime in the 1950s, so it’s perhaps 70 years old, but there are several good-sized trees and an awful lot of very, very young trees, maybe only a foot high,” Gregg said.

John Ball, a professor at South Dakota State University who is also an Extension Forestry Specialist and South Dakota Department of Agriculture Forest Health Specialist, examined the trees and is optimistic that they are, indeed, the product of the village that once occupied the site.

“I will continue to investigate and see if we can confirm that these are native trees,” Ball said in a statement. “But right now, I certainly think it is fair to say there is a strong possibility they are a stand started by the Native people rather than planted after the settlement of Mitchell.”

If confirmed, the discovery will provide a new window for staff at the Prehistoric Indian Village to display and promote the history of the site. Gregg said they are looking into removing invasive species from around the coffeetrees to cultivate an area that would resemble the landscape of 1,000 years ago.

It will nicely complement the other ancient and native species of plants they grow at the location, Gregg said. The site has several gardens devoted to native plants, and staffers have even grown 1,500-year-old beans that were once grown by the Mandan, the ancestors to the ancient residents at the Prehistoric Indian Village.

“We want to get rid of the buckthorn and the thistle, but we also have a treasure trove of other native plants.

It’s really a pretty site,” Gregg said. “(The coffeetree stand) will be part of our living exhibits.”

It will be a wonderful way to bring even more of the ancient era to life for visitors.

Archeology is not always about digging up old bones, there are other facets,” Gregg said.

The Prehistoric Indian Village is the only active archeological site in South Dakota that is open to the public.

It was occupied over 1,000 years ago by Native Americans who lived in earthen lodges.

Occupants of the village were skilled farmers who helped develop early strains of corn as well as beans, squash, sunflowers, tobacco and amaranth. It is estimated the 70 to 80 lodges are buried on the grounds at the site.